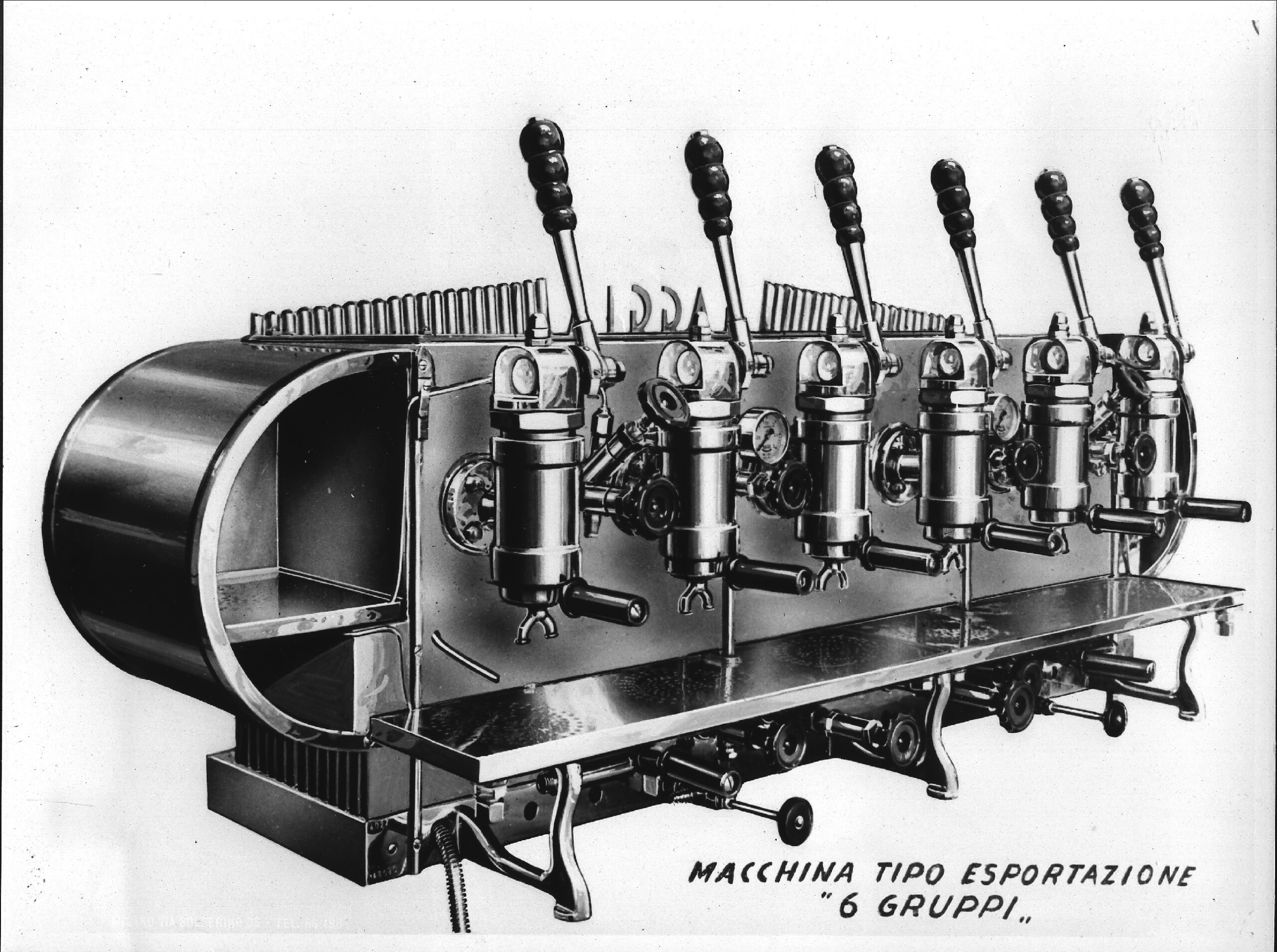 Picture Milan during the 1930’s, optimism, reinvigoration and innovation was at last starting to creep back into the lively city streets of Milan after the chaos of the 1920’s depression.  A young bar tender called Achille Gaggia saw an opportunity to improve the quality of coffee he served by changing the coffee brewing technique away from steam (which tends to burn the subtle coffee flavours) in favour of pressurised water being forced through the coffee held in a perforated metal basket.  The result was a thin layer of micro bubbles that became known as coffee cream or ‘Crema’ and a coffee that was packed full of flavour.

The patent was filed in 1938 but before it could be turned into an executed business plan, Europe had turned it’s attention to war.  But the young Gaggia was not for turning and having survived the war, his plans were brought to reality with the first espresso coffee machine made in 1948.  Within a very short period of time queues of Milanese were lining the magnificent Gallleria Vittorio Emanuele beside the Duomo Cathedral to try his amazing coffee innovation, a star was born.

We developed our first coffee blend in 2013 to add a new dimension to our existing coffee machine business; the brief was to develop a coffee with a medium roast profile (not too strong, not too mild), full of chocolate flavour with notes of zesty acidity.  After a lot of tasting and trials we finally settled on a blend that we thought was right and with a nod of acknowledgement to Achille’s patience we called it 1938.