How we reduced our electricity usage by over 50% 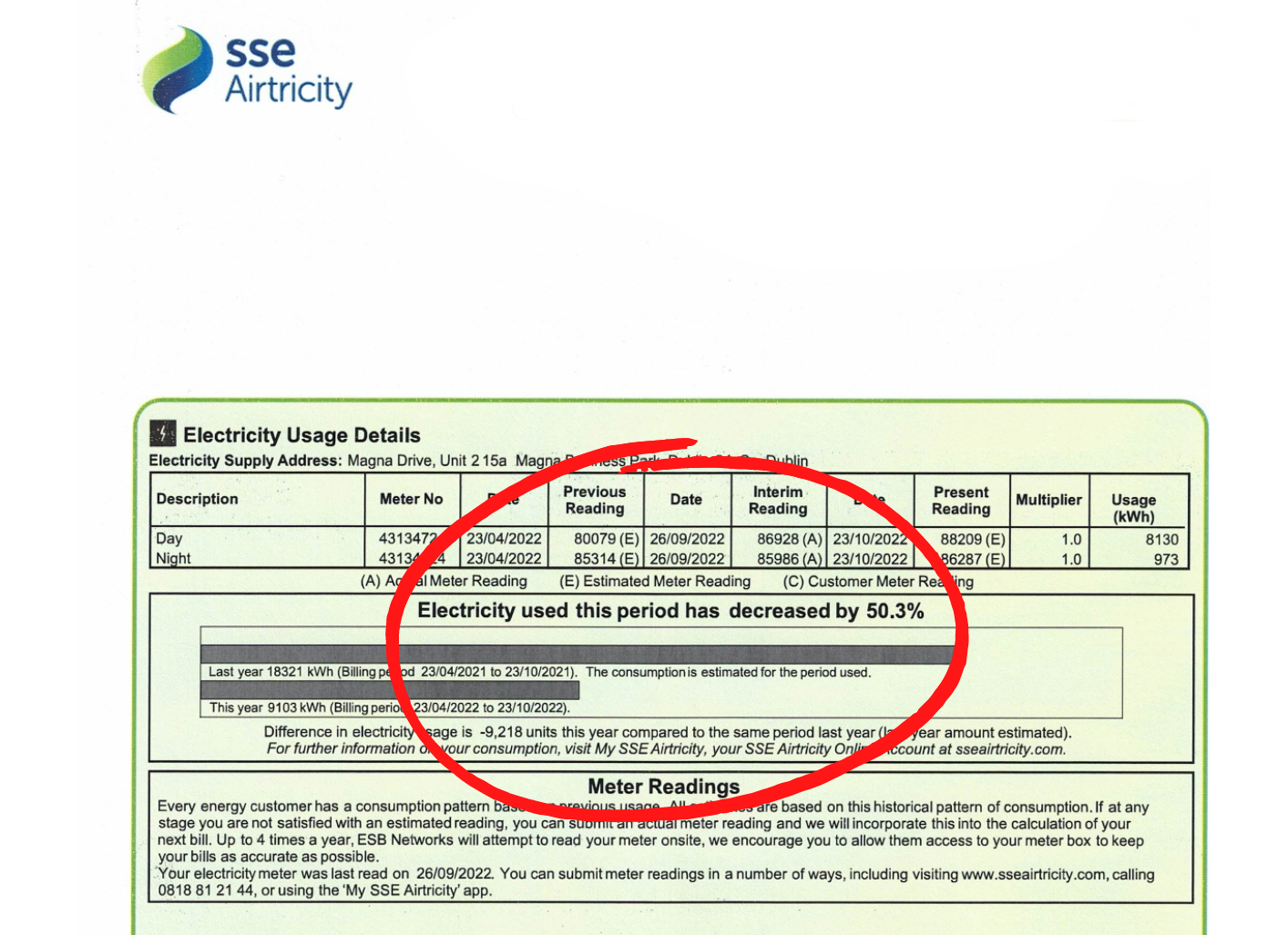 With 47% of Ireland’s electricity generation in October 2022 coming from wind generation (as reported by the Irish Times) it does seem as if we’re getting somewhere in moving away from our reliance on fossil fuels.  This is truly fantastic news and hopefully we can improve on this in the months and years ahead.

At Watermark we believe that individual action is also essential in playing our part in tackling climate change and we are ardent advocates that every action makes a difference, no matter how small.

We installed solar panels on our warehouse roof in July 2021, the motivation for making this investment at the time was not to lower our reported carbon footprint, as we were already using green electricity from Airtricity.  Nor was it financial, as the payback at the time was 8 years.  The motivating rationale was to do with the sustainable concept of ‘additionality’.  By installing solar panels, we are reducing our reliance on the national electricity grid allowing this green electricity to be used elsewhere in the economy reducing the requirement for fossil fuel to power electricity generation.

On our most recent Airtricity bill, we have reduced the electricity we used from the grid by 50.3% over the 6 months from April to October 2022 when compared to April to October 2021.  This gives us great satisfaction. While this single reduction is insignificant in the overall scheme of COP and the Paris Agreement, imagine if most businesses in Ireland were able to achieve a similar reduction?  It doesn’t take a great deal of imagination!